This weekend I was in Portugal for the wedding of Sonia and Mark with my partner! It was awesomeeeee . The weather was sublime, I mean look at it

I arrived at a friends villa and stayed the night, then I eventually moved to the hotel NAU hotels & resorts.

This hotel was visually phenomenal. The views of the sea were unlike anything I've ever experienced in London (to say the least). The sky was clear blue with the sun at 34 degrees on any given day. With temperatures at peak height, the urge to lounge around and linger was the only feasible option for optimum vacation quality. I took full advantage.

I find that whenever I travel, wherever it may be, I feel readily underwhelmed. It may be a psychosomatic way of preparing myself for potential disappointment.

However, I found that from the first day I arrived in Portugal, Albufeira, my doubts were swiftly subdued by the gorgeous intensity of the sun which I loved. I joyfully proceeded to bask in the ambiance of the gift that was Portuguese weather!

I arrived at a friends villa and it was 34 degrees!! Wooo! 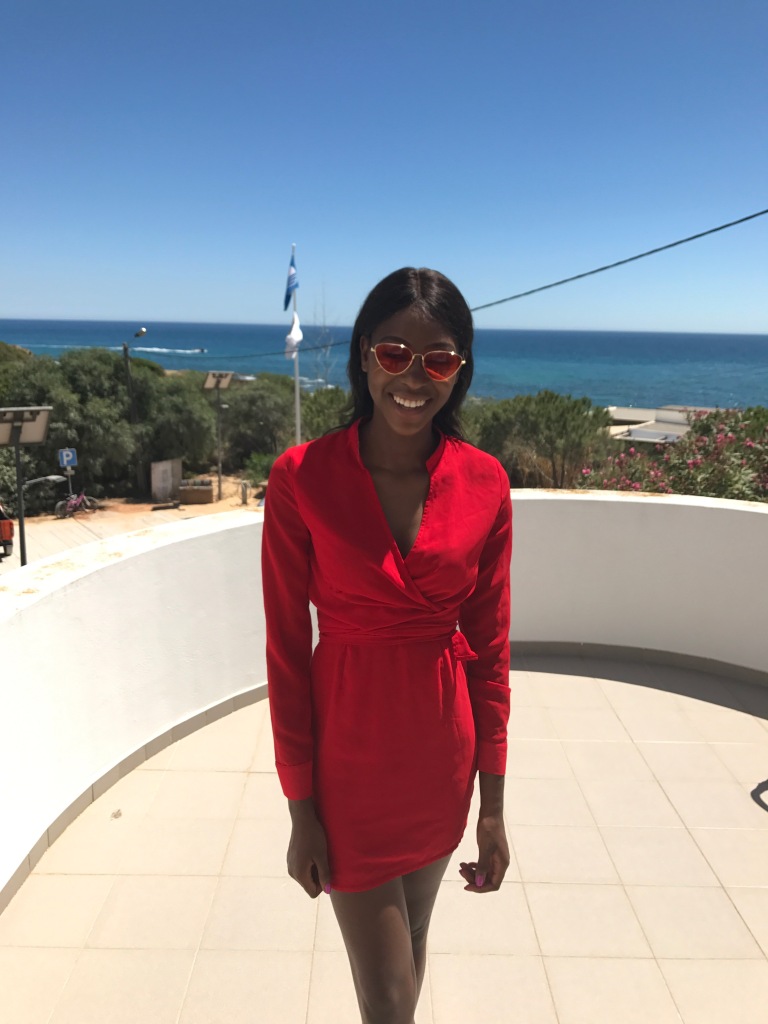 I opted to dress according to the weather in this

I was quite sceptical about the sunglasses and I feel that it was with good reason. Personally they're not my style but it was cool to experiment. I love the dress however. I actually cut the collar off it to make it a 'grandad' collar which is much better suited to my vibes.

I'll probably wear this dress again because the photo does not do it justice. 😒

Outfit Two- From the Villa to the Hotel

Now I felt to channel the monochrome movement in these

Trousers from zara £20
Top from H&M (can't remember the price) Birkenstocks £20 (from ASOS)
Hat from Maison Michel and
Earrings from mango £4.

Out of everything I wore this was probably my favourite outfit, very relaxed and comfortable with an air of elegance. Not too over the top.

It's funny, when I arrived at the hotel I was in Birkenstock sandals but I thought to wear heels to take the photo for this post but it wouldn't have been a true account.

I decided to scrap the fake 'I wear heels on the beach' pictures and show what was really happening 🖖.

Here's the 'I wear heels' picture

I do wear heels most of the time but in this case I put on heels for the picture. Had to be honest. ✌️ 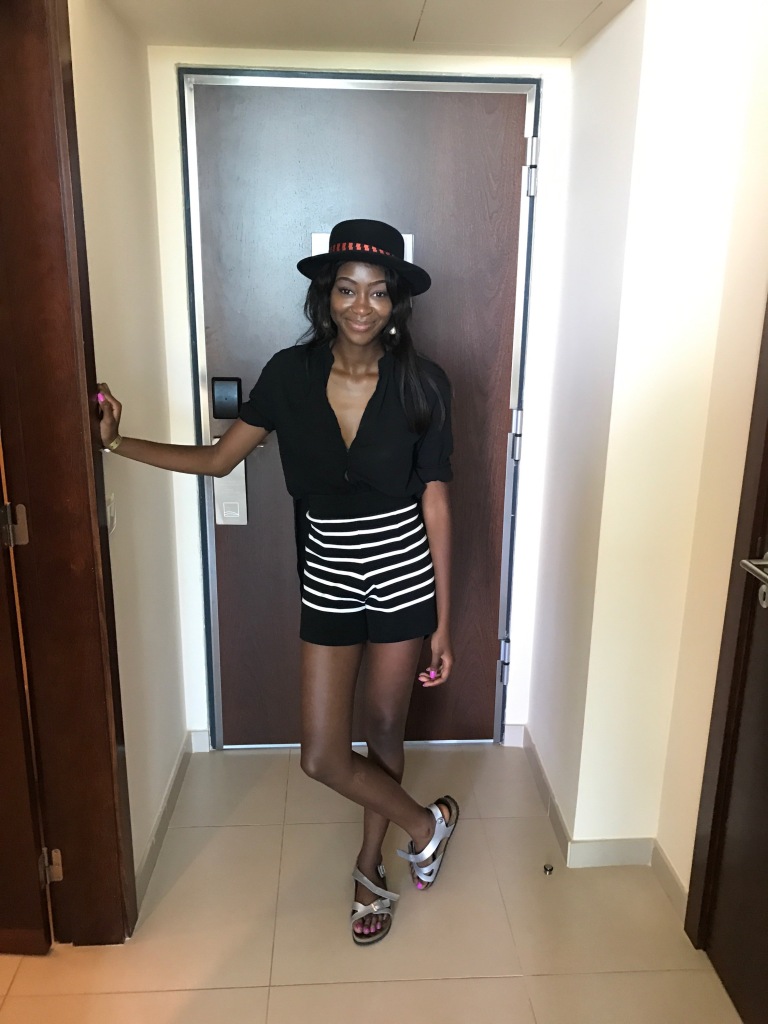 Same outfit just changed the trousers and swapped them out for shorts.

They were so loose though I had to tie them with a rubber band so they wouldn't fall down!

I was wearing a black bikini underneath

This was the final outfit change of the day more or less.

I ate some seafood (sole fish and potatoes at this beach side restaurant which was greatttttttttt) and after that retreated to my humble abode to prepare for the wedding which was tomorrow. 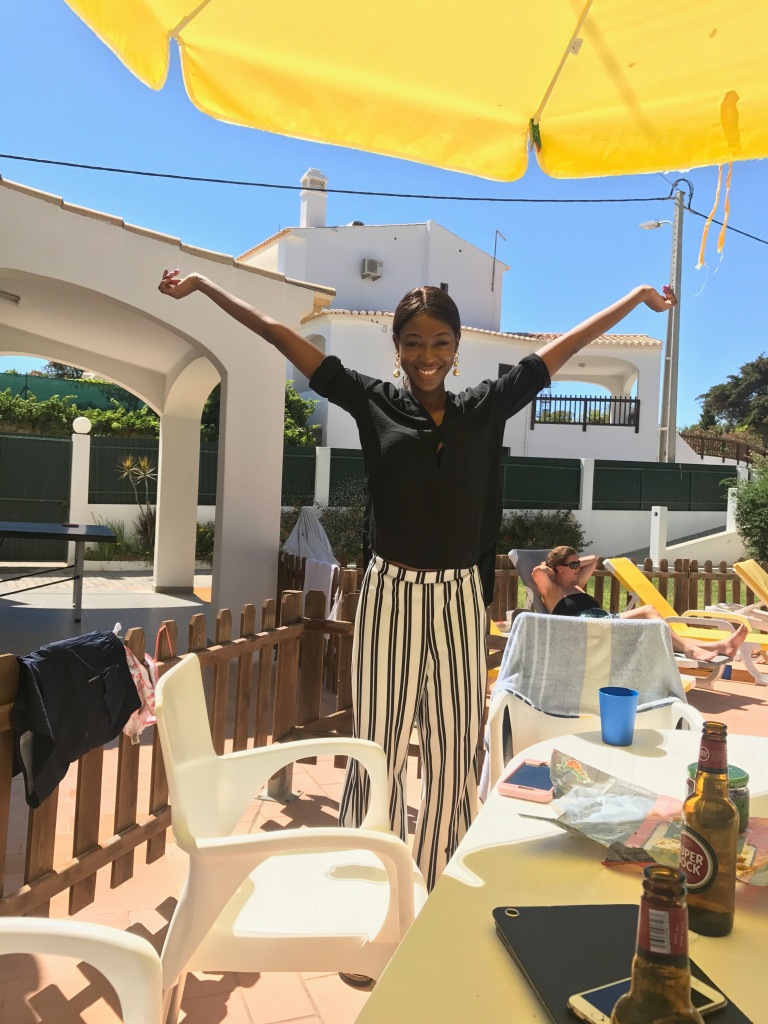